Posted on October 2, 2013 by narrowtracks

Tad Miyano built one of the first known scratch built Sn2 locomotives, an 0-4-4 Forney.  His Moody River railroad #1 is based on Sandy River #1, one of the original B&B locomotives.  The model appeared in in an Sn2 article in NG&SLG and then later Tad wrote a two part scratch building article for Maine Two Foot Modeler called “Hints for Building a Steam Locomotive” (Issue #7 – Aug 1986 and Issue #8 – Jan 1987) 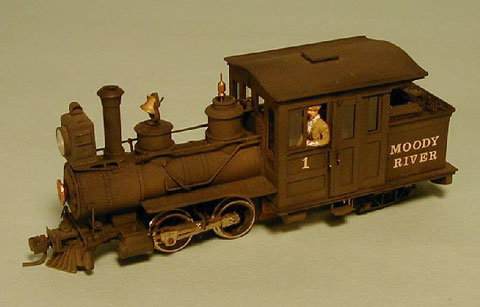 Fireman’s side of Moody River #1

This entry was posted in Locomotive, SR&RL, Tad Miyano. Bookmark the permalink.